DOMESTIC TERRORISM: MI5 chief: “Jihad Fighters Are A Threat To Us” 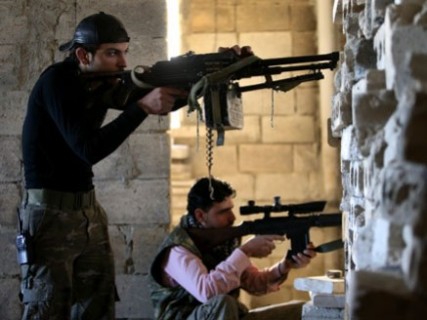 “Al-Qaeda and its affiliates in Pakistan and Yemen represent the biggest threat to the kingdom. The security authorities have to have access to the communications to the terrorist organizations in the country” Parker said in his first speech since assuming office in April. Parker added that “the threat to the UK is growing. Despite the great amount of resources allocated in the last decade, MI5 has focused most of its attention on a small number of people and organizations”.

Parker, who has been with the intelligence agency for 30 years, addressed the deteriorating situation in Syria, and said that the British intelligence agency is putting greater efforts into gathering information on British citizens who have gone to fight in the civil war that has raged in the country for the past two years.

“One of the biggest fears is that Jihadists from the UK will return after fighting in Syria and uses their training in order to hit British targets” Parker explained. “330 people have been accused of terrorism related offences in the UK in the time after the 11th of September 2001 and the 31st of March 2011. In the first few months of the current year, 4 trials against planners of terrorist attacks within the UK have already begun”.

Following Edward Snowdon’s leak, which awakened fear that intelligence agencies in the world will have unlimited access to civilian communications, Parker addressed the fear and frustration in his agency, which is caused mainly by the advancement of technology and from those who could leak state secrets. “In order to be in control, we have to have access to the communication channels used by the terrorists, Chats, social media and smartphones among them”.

1 Response to DOMESTIC TERRORISM: MI5 chief: “Jihad Fighters Are A Threat To Us”