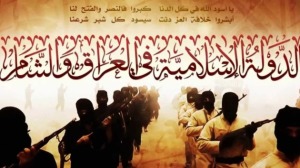 14CHARLIE SOFREP
Extremist groups use social media as a vehicle to spread their ideas, products, and beliefs, as well as how this rapid exchange can be dangerous to susceptible target audiences who are looking to shake things up and engage in some jihad half a world away.

Buying the Brand
Well, unfortunately for anyone who opposes sharia law, or the specific interpretations of Islam currently perpetuated by any variety of radical Islamist militant groups fighting in Syria or Iraq today (read: the US and any other nation seeking to support secularism or representative democracy, to name a few concepts), there are thousands of individuals who are buying into the propaganda being produced by the jihadist movement.

The US has realized this fact and attempted to counter it. One of the more visible efforts on our end has been produced by the State Department and is available on platforms like YouTube. However, unfortunately for the State Department, brand marketing, propaganda, and information operations aren’t really their cup of tea. But we’ve got to give them credit for at least trying. Regardless, the bottom line is that we’re losing the current information war with Islamist extremist groups, and a much more aggressive counter-propaganda campaign is required.

Without any further commentary, watch the videos below and objectively decide for yourself: who wins the propaganda battle in this round? The intent behind sharing these videos is obviously not to do the work of the Islamists by spreading their own propaganda for them, but to highlight the current gaps in current US anti-ISIS propaganda efforts.

The Videos
The first two videos are terrorist watch list-guaranteed and come from a group called the Islamic Front, which is an al-Qaeda affiliated coalition of seven Islamist extremist groups currently fighting in Syria. They’re a relatively young group but have clearly stated their intent to implement sharia law through an establishment of an Islamic state that rejects the concepts of representative democracy and secularism. Enough said there for now.

The third video is a State Department produced message encouraging people to “Think Again, Turn Away” (from the jihadist movement). It belongs to a series of videos currently available under a State Dept. YouTube channel, along with titles such as “Killing Children in the Name of Jihad”, “Caravan of Martyrs”, and others. Definitely going with the fear approach on this one.

Note: Video one is a short ‘behind the scenes’ trailer of video two, which is more of a ‘full length’ feature of Islamic Front training. I don’t want to give too much away through my commentary here, but keep in mind that, while some of what’s pictured may appear theatrical, staged, or impractical by some of the standard Western military training practices, etc., the style and production quality of the videos is clearly professional and well thought out.