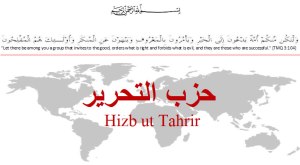 Appeal to the People of Jordan

Ever since Jordan decided to join the Satanic Alliance that America had established to fight “terrorism”, public opinion has been opposed to it. This was evidently reflected in the widespread resentment expressed by large sections of Jordan’s tribal community who discerned the peril of implicating their sons in a war which was not theirs in killing Muslims on behalf of the Americans. It seems that the alliance’s command has been preparing for a ground war with the US announcing the participation of 12 Iraqi brigades and assigning Jordan a role in it. This explains the US administration’s decision to grant Jordan a $3 billion aid package this year.

Amid the apparent opposition to Jordan’s participation in the war on “terror”, it was necessary to subdue the mainstream public opinion and steer it towards rallying behind the regime in supporting its participation in the war declared by the alliance to fight ISIS and destroy the “foci of terrorism”. Hence, it was imperative to generate a host of powerful arguments to influence public opinion to accept the requirements of the forthcoming phase of this declared war. Consequently, the Jordanian jet was downed in ar-Raqqah during a raid on ISIS positions. ISIS’s killing of the pilot, Muath al-Kasaesbeh, was expected and designed to evoke the wrath of the masses against the “Islamic state” in its quality as representative of Islam and the Muslims; thus, the planned attack on the concept of the Islamic state would be justified by the execution. There was ample time to rescue the pilot after his jet had been downed since he had spent over an hour in the river. ISIS shocked everyone and exceeded all expectations when they revealed that they had burned him alive in a Hollywood-style manner akin to an American action movie. This act enraged the masses in Jordan and public opinion turned totally against ISIS and its despicable acts while labelling its leadership with terrorism, extremism and savagery. Hence, ISIS complied with the instructions it had been ordered of steering the masses towards giving the Jordanian regime the pretext to continue its participation in the alliance and go beyond aerial sorties. A host of treacherous ISIS leaders, some of whom are the remnants of the Iraqi Baath regime, have done the Jordanian regime a big favour by producing the video of the pilot’s burning in such a professional manner that it had a major impact on the hearts and minds of the masses, generating widespread fury in Jordan and beyond. Emotions ran high against ISIS and the regime exploited the highly charged atmosphere as a pretext to retort under the umbrella of the alliance.

We have repeatedly warned of the prohibition of Jordan and the other countries’ participation in the alliance and its war on so-called “terrorism” because it is a declared war against Islam and Muslims that leads to killing the sincere children of the Ummah who had been misled into joining ISIS. We have also warned of the fitnah that the participation of the Arab regimes in this Satanic Alliance would cause and stressed that it would impact negatively on the countries taking part. The sons of the tribes who are destined to partake in this war will be the fuel that the command of the alliance will use to execute its proxy war on the religion of Allah and on behalf of the American forces who have not lost one single soldier.

Therefore, a state of insecurity and instability will most likely be generated deliberately by western intelligence services who undoubtedly have a presence in Jordan. A host of “terrorist” operations are likely to be orchestrated and then attributed to ISIS. The biggest losers, due to the regime’s participation in this Satanic Alliance, will be the masses in Jordan. Some officials in Jordan are also likely to be targeted by “terrorist” operations that will be attributed to ISIS in order to add fuel to the fire of incitement and ensure the regime’s continuance in the Satanic Alliance until the aims of America and the Kafir West in the region are achieved.

You have been emotionally provoked in order to provide the Jordanian regime with a pretext to fight in this war on behalf of your arch enemy, America. Joining this alliance is only serving the aims of America in heightening the Ummah’s infighting so that she may lose her children, squander the resources of her lands and tear herself into shreds, keeping her frail and unable to achieve revival.

Those who produced the clip showing the burning of the Jordanian pilot are the same as those who designed the alliance because their interest was to sow the seeds of fitnah among Muslims and then kill the sincere youths of the Ummah who have been lured into joining ISIS and spread instability in the Muslims’ lands including Jordan.

Proceeding with this alliance, under the pretext of avenging the killing of the pilot, is tantamount to proceeding with the execution of America’s plans once the opportune pretext has been concocted. This will plunge the country into a state of instability that will be the prelude to bloodletting and evoking strife, Allah forbid; and this in turn will impact negatively on the economy and will plunge the country into chaos.

He who seeks revenge should exact it from the perpetrator or the one who ordered the killing; and he should content himself with this because according to Shari’ah, it is prohibited to seek retribution from other than the perpetrator or the one who orders the killing and not even from their own families. The followers of ISIS are by and large from among the sincere children of the Ummah, even if they have erred. As for the traitors, they are individuals within certain groups, the armies and states. Hence, is the treason of certain individuals a valid excuse for killing the masses, annihilating the armies or the groups? We are yet again warning against partaking in this devastating war; the pledge of the officials in Jordan to pursue it until the end will lead to death and destruction. It is a war conducted on behalf of the forces of evil and the colonialist America who do not care in the slightest for the lives of the Muslims in Jordan, Syria or anywhere else.

Besides, would the regime in Jordan execute all those accused of being affiliated to ISIS within Jordan under the guise of eradicating it? Those who want Islam and wish to defend it must not partake in a war that devastates women and children. The missiles launched by the alliance kill Muslims indiscriminately. Those who love Islam and are eager to defend it should refer the matter to the Ummah to choose whom she wishes; they should refrain from categorising the Muslims on sectarian grounds and killing them accordingly. This action serves no one but the Kuffar who have plotted against this Ummah so that the Muslims may strike each other’s necks while they watch and gloat. If the point at issue is revenge, why has the regime in Jordan failed to exact revenge from the Jews who had killed the Jordanian judge, Z’eitar, when he was on his way to visit his family in Palestine? Why has it failed to exact revenge for the women and children that “Israel” burned with Napalm bombs in the Jordan Valley in 1968-1969? Or for those being killed by the Jews on a daily basis from among the persevering people of Palestine?

Those being killed by the Jordanian pilots’ raids are Muslims and among them are hundreds from the youths of this country who had gone to help their brethren in Syria or had thought that ISIS is genuinely establishing an Islamic Khilafah. Hence, why does the regime not work towards salvaging them rather than killing them? There is no way to rescue the dead because they have gone to meet their Creator, but why are all the avenues blocked in the face of those who wish to return from Syria and the areas ISIS dominates? Does this not reflect the regime’s total disregard for the lives of the Muslim youths of this country, and its eagerness to execute the plans of America?

The declared war against ISIS is long-term as stipulated by several US officials; it could last for years. Some Jordanian officials were quoted as saying that the air raids were just the beginning and that they would pursue their war until ISIS is annihilated. They claimed that the war is now theirs, not America’s, and that it was in defence of Islam. Such statements reflect the extent of the officials’ compliance with that which America wants them to execute and to keep Jordan as a part of this alliance which will lead the country to the precipice. Just like Iraq and Syria were devastated, America would not bat an eyelid if bombings or killings were to occur as long as the ones paying the price are Jordanians and as long as the killing among the children of the Ummah is occurring on behalf of the American soldiers loitering in their barracks.

Islam has categorically and conclusively forbidden the killing of Muslims. Allah (swt) says: “If a man kills a believer intentionally, his recompense is Hell, to abide therein forever, and the wrath and the curse of Allah are upon him, and a dreadful penalty is prepared for him.” [TMQ 4-93] The Messenger of Allah (saw) said: “The lives of all Muslims are equal; they are one hand against others and the lowliest of them can guarantee their protection.” The Messenger of Allah (saw) also said: “The Muslim is but a brother to another Muslim; he does not oppress him, nor let him down, nor does he leave him at the mercy of others.” He (saw) also said: “Everything belonging to a Muslim is inviolable for a Muslim; his honour, his blood and property.”

Fear Allah, dear Muslims in Jordan, and do not allow an expedient section to drag the country into a cycle of chaos which we do not know how it will end. Who is going to be killed in this war? Those who think it will end when revenge for the Jordanian pilot is exacted are wool-gathering. Hence, Jordan’s withdrawal from this alliance depends on you. This alliance does not bring good for this country; its function is to kill the sincere children of this Ummah.

You are aware of the fact that our might and dignity comes with nothing but Islam, which commands you to work towards establishing its state and implementing its Shari’ah. This Ummah will not regain her standing unless she establishes the Islamic state, upholds justice and spreads mercy among mankind.

“O you who believe! Respond to Allah and His Messenger, when He calls you to that which gives you life.”[TMQ 8-24]