After the Marines United Scandal group on Facebook called ‘Marines United 3.0’. Now Nude Photos of U.S Military Service Members from there have been put up for sale on the dark web.

It has been uncovered that 3 new descendent groups engaging in nude photo-sharing, two new private shared drives, groups selling Marines United T-shirts and challenge coins and individuals posting links or attempts to sell the explicit images on the dark web.

According to the reports, the newly emerged groups are not actual Marines United Descendent groups but are fake ones created by foreign nationals to get profited from the original group’s reputation.

A private Facebook group called as ‘Marines United 214’ requests for nude photographs are met with demands and links to the dark web marketplace Alphabay where the Photo-sets are listed for sales.

A Stephen Pearson, An Investigator told,”The dark web is kind of like a street”. “You’ve got houses with addresses and houses without addresses. The ones without addresses, nobody knows anything about those places. But it’s still on the same street, still on the same internet and connection and hardware, but the places are difficult to find. And without the networking encryption, you can’t get there.”

In order to access Alphabay which can’t be done on a normal browser but needs a special browser called as Tor and does need a secure VPN to access the contents in it.

The Screenshots provided by a member of Marines United 214 called as ‘Andre’ to maintain anonymity showed that some members are trying to make a profit of the photos surrounding the controversy.

“The Marines United controversy is not only spawning copycat pages, but also a subset of pages built to exploit service members trying to view the photos,” the source said. “Marines United 214 seems to specialize in trying to monetize the scandal, requesting money from any commenter who asks for access to ‘the drive’ or collections of photos. There’s evidence that this page existed before the controversy, and changed its name afterward to attract those interested.”

Quade Norush, a member of Marines United 214 received 60 messages asking the share links to the drive. but he refused claiming he followed the principle, not profit.

He added,”[I found] out people in this group are spamming others for money. That’s not how this works.So I’m gonna be the good guy and just put the links out there. Journalists and badge bunny’s can [f**k off]. Enjoy you filthy animals and stay frosty.”

Viswas wrote on March 15 on his Fb wall,“Reminder that this exists, We’ve sold thousands and the content is stunning. Find us on the deep web on AlphaBay.” The screenshot posted by Viswas from AlphaBay claims to have 31.8 gigabytes from the Marines United archive, including photos, videos, and webcam footage. 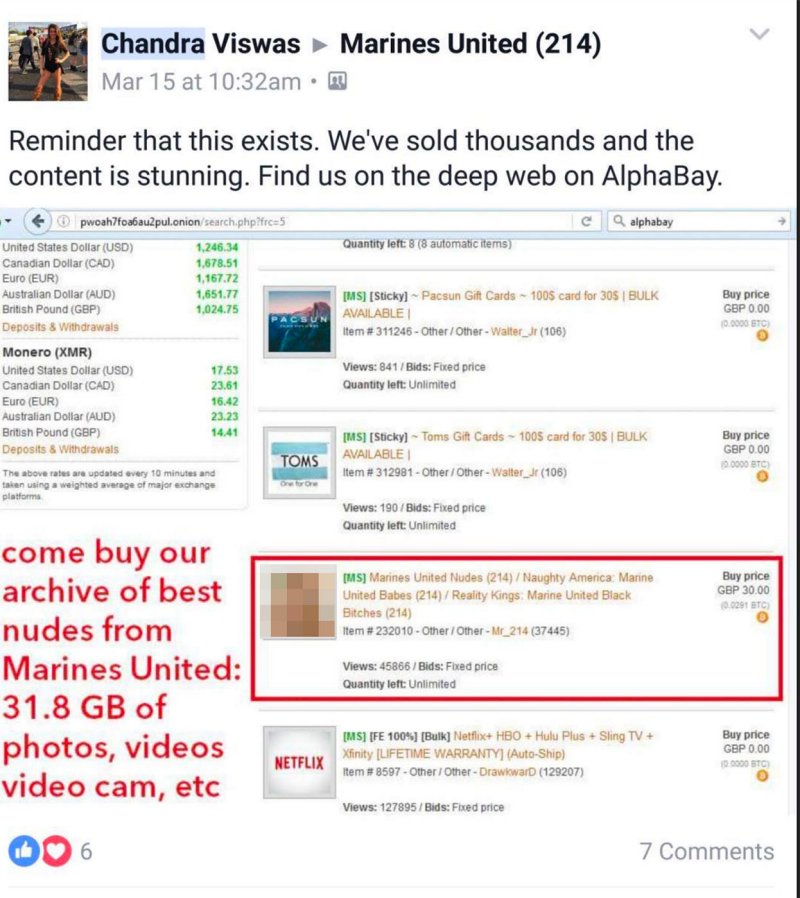 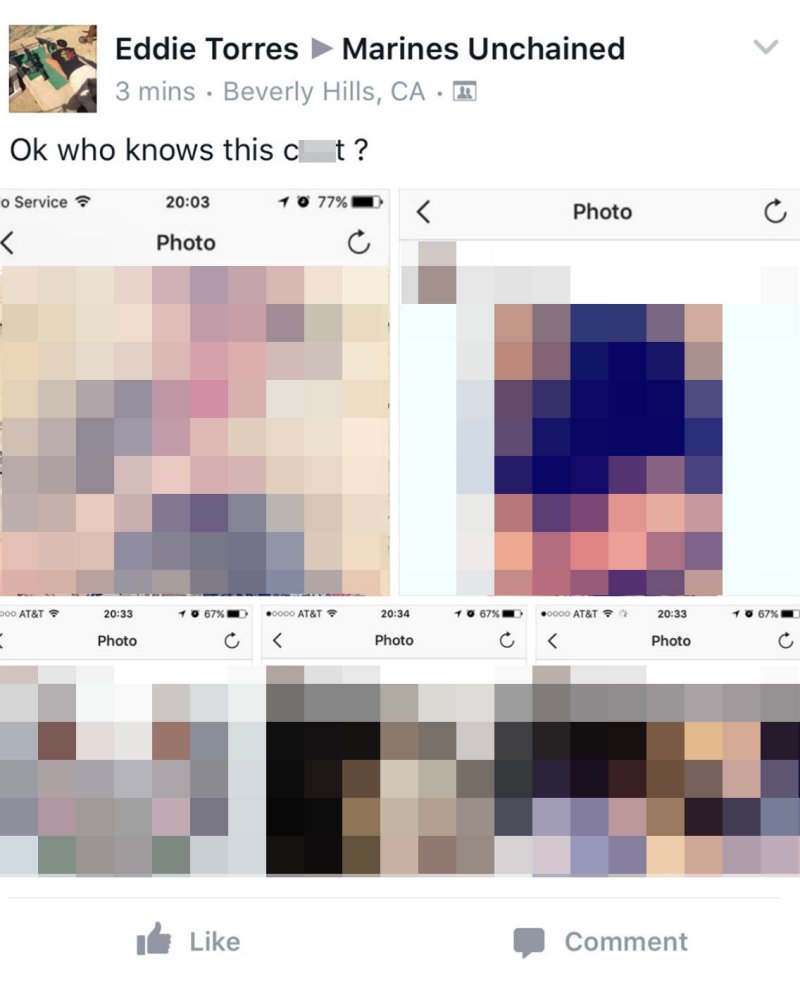 Fifteen service members now face potential prosecution for their involvement in the Marines United nude-photo-sharing scandal: 14 U.S. Marines and one U.S Navy sailor, plus 29 Marines who may face non-judicial punishment under the Uniform Code of Military Justice (UCMJ) for conduct that is deemed “contrary to good order and military discipline,” but which does not violate federal statutes or warrant a military trial by court martial.

More such incidents took place and many marines were demoted in rank and lost pay for comments.