A fact sheet about Iran’s presidential elections due to be held on May 19.

Iranian voters are set to elect a new president in less than two weeks. The position of the president is the second most powerful after the Supreme Leader, who is commander-in-chief and controls the Guardian Council.

The May 19 vote will be the first stage, with a possible runoff vote if none of the candidates wins a simple majority of 50 percent +1 of the votes. All voting is to be concluded before the start of the holy month of Ramadan on May 26.

The two sides of the political spectrum in Iran are:

– The conservative Principlist establishment, which controls most of Iran’s economic might through the Islamic Revolutionary Guard Corp’s commercial enterprises and the vast financial resources of the religious endowments.

– The Reformist bloc, which prefers political, economic and social liberalisation and an opening up of Iran to foreign investments. 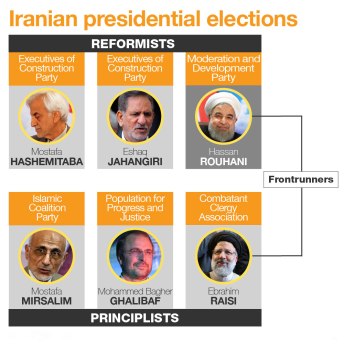 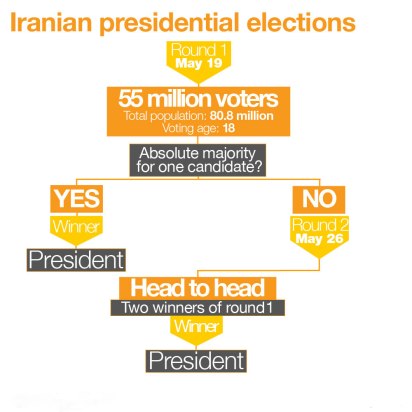 Collecting, translating, producing, and disseminating open source information that meets the needs of policymakers, the military, state and local law enforcement, operations officers, and analysts through-out Governments.
View all posts by CHAINSOFF →
This entry was posted in Iran. Bookmark the permalink.