“Cayamora and Farhana Maute promise his parents he will study Koran, but they turn him into a fighter instead.”-Carmela Fonbuena |

MARAWI CITY, Philippines – A few years ago, a young boy overheard Cayamora and Farhana Maute talking to his parents about him. The parents of the notorious Maute brothers, responsible for the raging battles in Marawi City, were offering to make him study the Koran.

It was a privilege a poor family would not pass up, especially if the offer came from such a respected clan. In the absence of formal schooling, it’s common practice in communities here to organize Arabic and Islamic studies for children.

“Pangarap ng pamilya ko makapag-aral ako ng Koran (It is my family’s dream to make me study the Koran),” said the boy, now in his teens. What is not clear is if his parents were also given monetary assistance.

The boy found himself relocating a few years back to the faraway town of Butig, some 50 road kilometers away from Marawi City, where he diligently learned the Koran.

But a month into the lessons, they gave him a rifle and taught him how to kill. “Lahat daw ngChristiansa buong mundo, patayin daw, ‘te (They said all the Christians in the world must die),” he said.

The boy did not know about the Mautes’ links to the international terrorist network Islamic State (ISIS) or anything about establishing a caliphate in Mindanao, which, according to the military, was the “grand plan” of the Maute Group.

He was told it was his specific duty to kill government soldiers.

“Tinuruan ako mag-patay ng tao. Kung di ko siya patayin, ako ang mamamatay. Ako naunahan ba (They taught me how to kill people. If I don’t kill, I will die. They will kill me first),” he said.

He was once a child soldier fighting alongside the Maute brothers in his not so distant past. If he had stayed with the Mautes, he could be fighting in Marawi today, if not be dead already, he said. 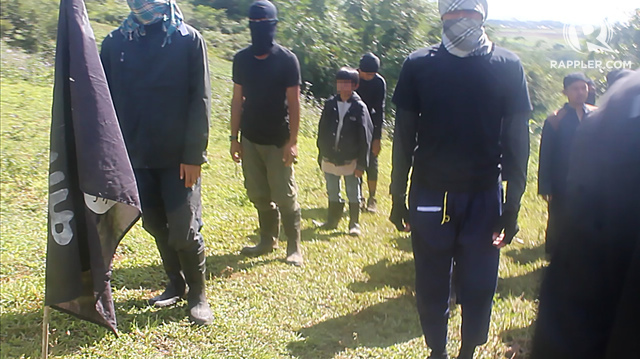 When he was in Butig, he did not question the teachings. Not even in his mind. “Naniwala kami din, ‘te, mga dalawang taon na ‘te. Naniwala talaga ‘te (I really did believe them for two years. I really believed),” he said.

His singular dream was to go to heaven and he was taught dying in battle was the way this could happen.

“Gusto ko talaga magpakamatay (I wanted to die for the cause),” he said.

Indeed, the boy recalled being happy in Butig, where he lived in a big house. He was especially fond of riding the horses when they were on a break from studying.

He mingled with the Maute children, including Omar and Abdullah, who would rise to international notoriety for the ongoing siege in Marawi City.

“Masaya ang Butig. Masaya buhay ko sa Butig (I was happy in Butig. I had a good life there),” he said.

To protect the boy, we agreed not to divulge his name and his personal details. We verified the boy’s story about his stay in Butig – the hometown of Farhana Maute – by checking military reports too about the terrorist group’s operations in Butig.

The boy agreed to talk because he doesn’t want more children to be brainwashed by the likes of the Mautes to support a cause that he now says is “very wrong.”

That the Maute Group used child soldiers is well reported. Rappler also obtained what appears to be propaganda videos of Filipino-looking children joining adult fighters carrying the ISIS black flag. A high-ranking military officer who operated in Butig confirmed the video was shot in the area. 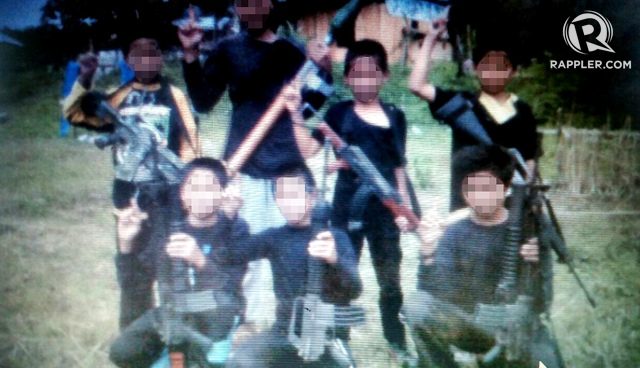 The boy said he was told it’s what Allah wanted him to become.

“Sabihin nila, magka-edad ka na. Tapos ito gawin mo. ‘Yan ang sinusundan natin dito sa Koran. Utos ngAllah (They say, you are growing up. This is what you should do. This is what we should follow, according to the Koran. It is what Allah wants us to do),” the boy recalled.

He was the perfect soldier. There’s nothing like the misinformed courage of a child.

He was talking about the clashes last year in Butig, where the Maute Group was able to raise the black flag of the Islamic State (ISIS). Three military offensives were launched there to flush them out. 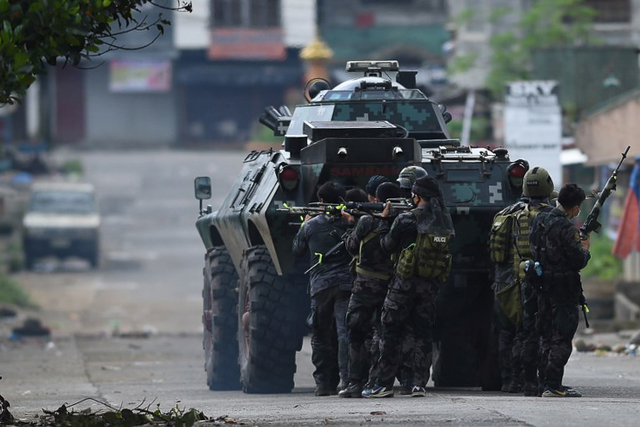 “Naubos ko pa mga bala ko sa unang giyera. Sobra. te. Sabi ko, mamatay ako sa giyera na ito at mapunta na ako sa langit. Kung mamatay sa giyera, kukunin ka ni Allah (I emptied my magazine in my first battle. It was intense. I told myself, ‘I will die in this war and I will go to heaven.’ If I die in the battlefield, Allah will welcome me to heaven),” he said.

“Ready talaga ako mamatay, ‘te. Kapag pumutok ang kanyon at ang mga eroplano dumating, hindi talaga ako magtago (I was ready to die. If the cannons were fired and if the planes came, I really wouldn’t hide),” he added.

The boy didn’t die in the wars in Butig. He didn’t kill any soldier either. He didn’t get the chance to master his marksmanship. And then something happened that changed his life and made him realize the teachings were wrong. We are withholding these details to protect his identity. 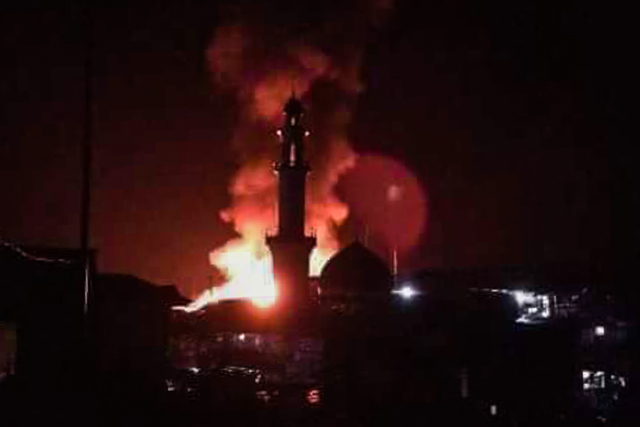 ABLAZE. Fire rages in Marawi City on May 23 after an attack by the Maute Group. Photo from @attysamina
Today the boy said he still reads the Koran on his own. “Magbasa ako ng Koran. Pakiramdam ko ‘te parang magaan (I read the Koran and when I do, I feel much better),” he said.

He hears the clashes in Butig and he knows some of his friends are fighting to get to heaven. “Maling-mali talaga, ‘te (It’s really wrong),” he said.

The military was surprised by the Maute Group’s resistance in Marawi City because bandits usually run to the mountains and escape when confronted with heavy artillery. The clash is now on its 4th week and the fighters are still holding out.

Who is Farhana Maute?

“According to those familiar with her, Farhana ‘is as notorious’ as her sons Omar and Abdullah” 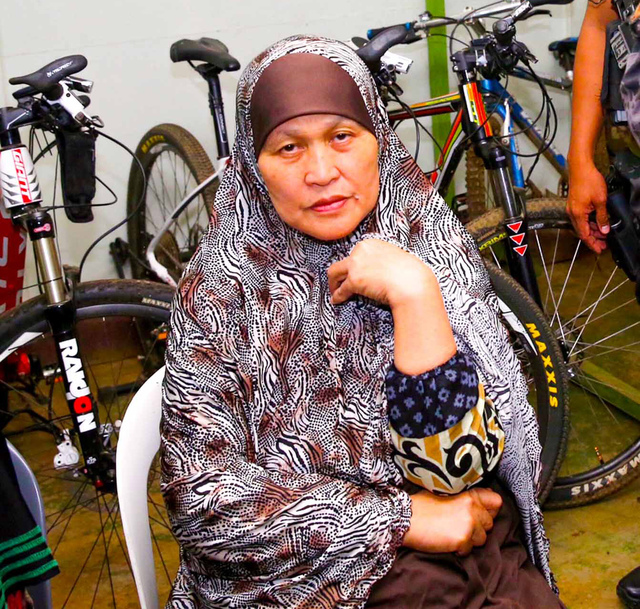 MOTHER. Farhana Maute is arrested and in custody.

ILIGAN CITY, Philippines (UPDATED) – The mother of the notorious Maute brothers responsible for the siege of Marawi City may have escaped the battle zone as early as Day 3 of the clashes, said a military officer involved in the operations in Marawi.

She had an important mission. Wounded Maute fighters were brought to her care, the officer said.

Ominta Romato Maute, better known to people and to authorities as Farhana Maute, was arrested by cops at 7:15 pm on Friday, June 9, along with two wounded fighters and several unidentified females in Masiu town’s barangay Koramatan.

Masiu is some 36 kilometers away from Marawi if one takes the highway. Authorities learned she was “buying vehicles and firearms in the area to be used for their escape outside Lanao del Sur province,” according to a report for police chief Director General Ronald dela Rosa.

They were about to escape on a Gray Revo vehicle when cops found them. It is not clear if there was a firefight, but the report said high-powered firearms and improvised explosive devices were recovered from them.

According to those familiar with her, Farhana “is as notorious” as her sons Omar and Abdullah. 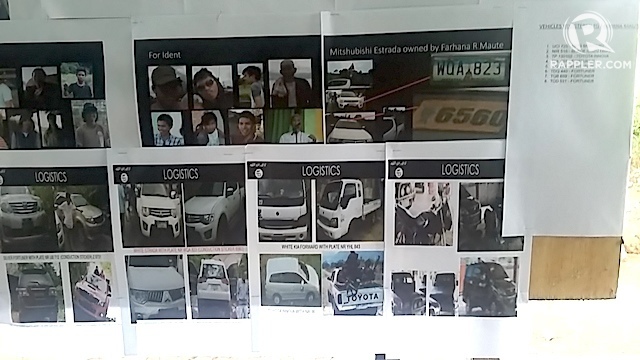 LOGISTICS. Photos of Maute Group members and their vehicles are displayed at checkpoints. Rappler photo

Farhana’s arrest comes 3 days after the Maute patriarch Cayamora Maute was arrested at a checkpoint in Toril, Davao City.

Both parents are believed to be recruiting soldiers for their sons’ operations but Farhana has always been the bigger fish that authorities had long wanted to catch.

Farhana comes from the well-respected Romato clan in Central Mindanao. She has always been identified as the “funder” of her sons’ operations and has been known to provide logistical support.

Several arrest warrants have been issued against her.

“Most terrorists’ financing are handled by the wives. That is why when fighters are killed, the wives are remarried to another fighter so that the financial connections will still be active,” said another military officer watching the Maute Group.

Farhana, according to President Rodrigo Duterte, wanted to speak to him but he refused.

The President said he would wait until the next generation of Mautes before talking to any member of the notorious clan. –

But it wasn’t the end of the MILF’s struggle, it turned out, as the previous Congress failed to pass a law that should have created a new Bangsamoro region that would allow Muslims in Mindanao more power and control over governance and resources on their land. (READ: Maranaos hit ‘traitor’ Aquino for failed BBL)

“One of the reasons why these groups are cropping up is because of the frustration of the people [with the peace process]. I think it’s time for the government, especially Congress, to be serious about the passage of the proposed Bangsamoro Basic Law (BBL),” said Iqbal. 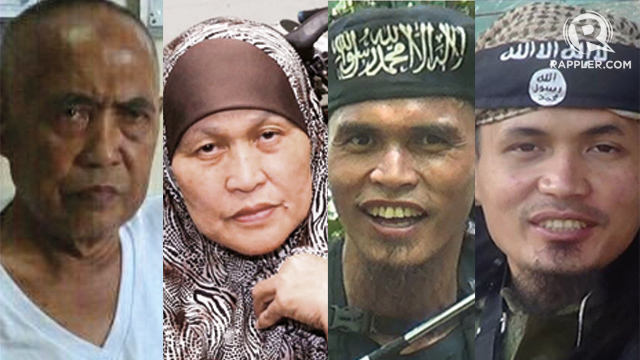 Blood is thicker than water

“As the saying goes, blood is thicker than water. You can hardly separate those people from each other,” said Iqbal. 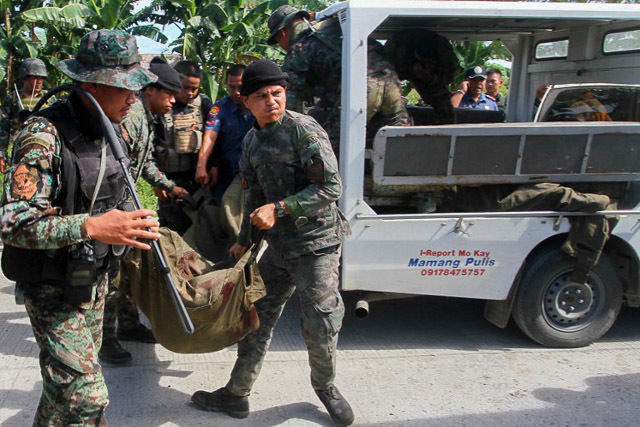 DEAD. Philippine police commandos unload body bags containing the remains of their comrades killed in a clash with Muslim rebels in Mamasapano.

“Remember that if there is a breakdown in the peace negotiations, we in Mindanao will be the first ones to suffer and it is sad that nobody in Manila seems to realize this,” Duterte was quoted saying. 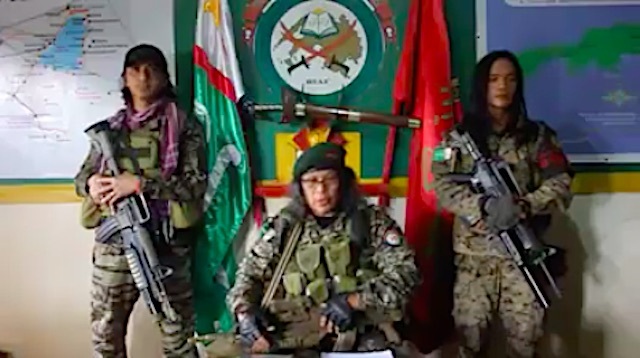 Bravo has always been a cause of concern for the security sector because of his reported activities in his lairs. Last year, Duterte aligned him with the Maute Group and accused him of taking his own territory in Mindanao.

But Bravo denied all these and declared his commitment to the peace process.

On the 3rd week of clashes in Marawi, he proved this. In a video message that went viral on Facebook pages of Maranao residents, he distanced himself from the Maute Group and declared their jihad to be wrong.

A reliable source confirmed that Macapaar met with the Maute brothers several times. Many shuddered imagining what could have happened if Macapaar and hundreds of his fighters joined the Maute Group.

The new Bangsamoro region will replace the current ARMM – the result of the peace agreement with Nur Misuari’s MNLF in 1996.

The military believes the BIFF has been diminished after it lost its leaders Kato and Usman, although the group remains a concern especially in Maguindanao and Sultan Kudarat.

Duterte, the first president from Mindanao, is expected to throw his support behind the proposed law when he delivers his second State of the Nation Address (SONA) before Congress this July.

Duterte said peace in Mindanao is the legacy he wants to leave behind. Indeed, it would mean everything for the people in his homeland – if only he could deliver.