“………Oppressive Government of Myanmar “CYBER JUSTICE TEAM” will not just watch when you commit ethnic cleansing and genocide against the Rohingya Muslims, they will act in the way they can in the cyber area.

Have hacked, taken down, and left messages on Myanmar websites including: 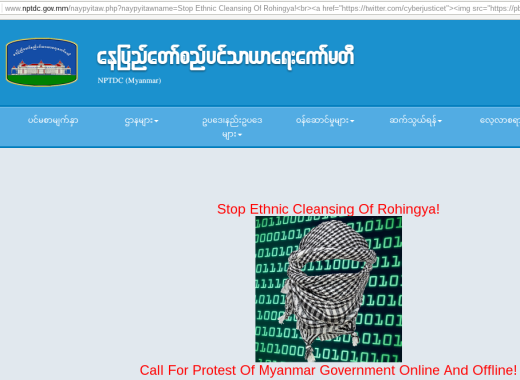 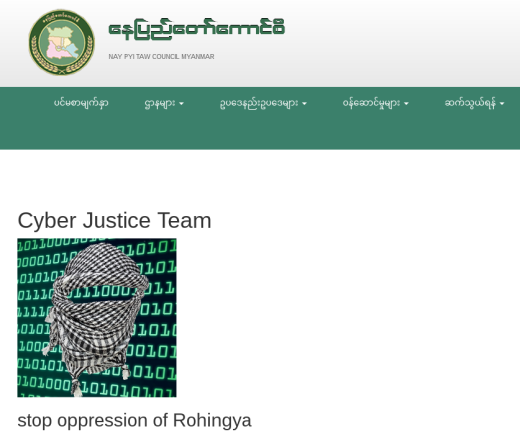 and have not finished yet…

ABOUT THE. “CYBER JUSTICE TEAM”